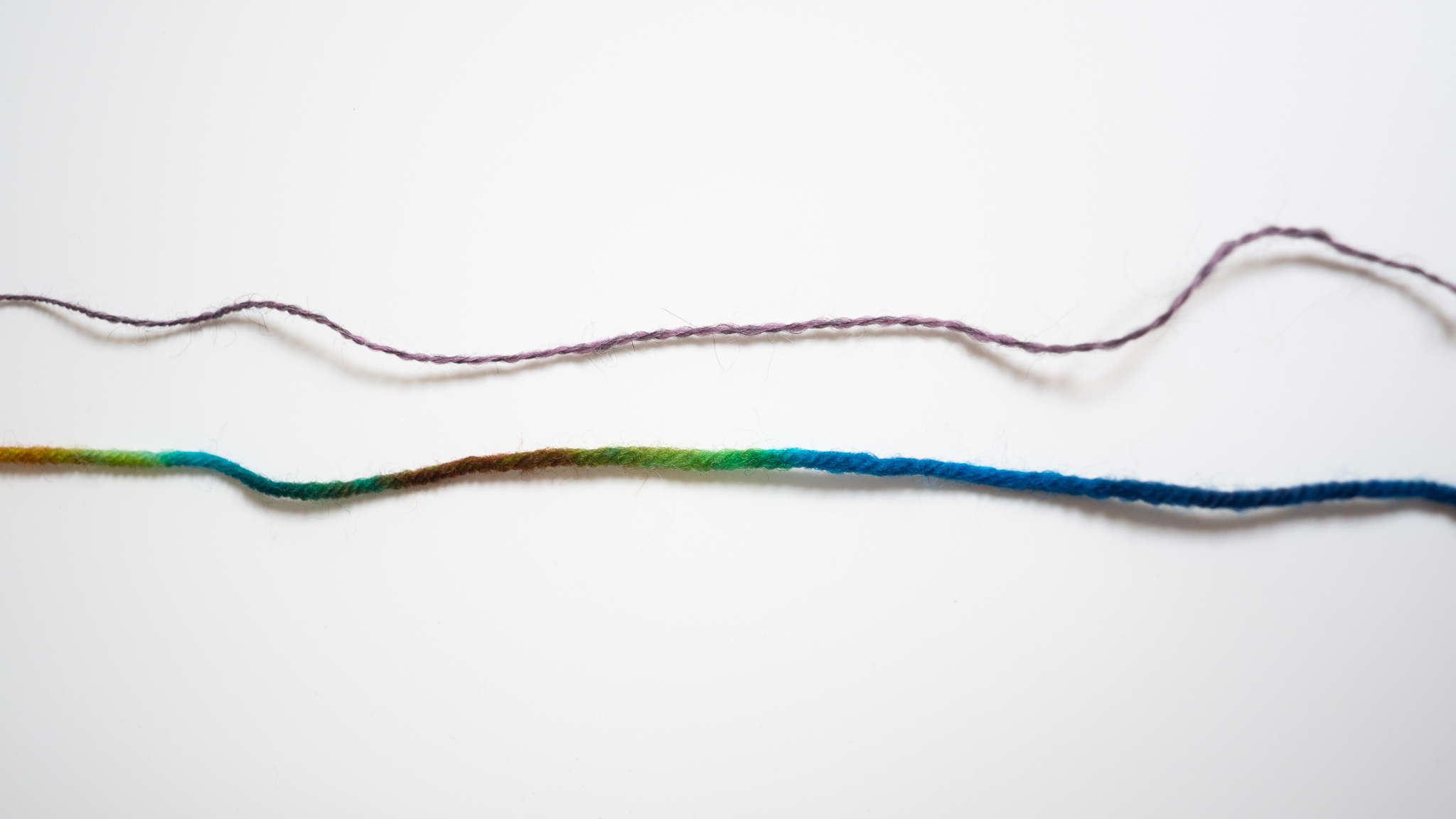 As a knitter, crocheter, weaver or other type of yarn user, I’m sure you’re aware that there are many types of yarn, and they all serve different purposes. A bulky acrylic is not going to do the same job as a laceweight alpaca silk blend, or even the same job as a bulky cotton yarn. In this blog post, we’re going to explain the basic yarn qualities you should know about.

First off: what material is your yarn made of? To keep this as clear as possible, we’re going to use three categories to explain the different fibre types.

The most popular animal fibre is wool. Wool is grown by sheep and it has excellent thermal properties. It is light and keeps you warm and dry. It’s also extremely versatile and will work for most applications in fibre crafting. Because of the crimp in the fibres, wool is very elastic, which makes it suitable for knitting. It also has great memory, which can be used to your advantage during a process called blocking. Blocking is where you manipulate the finished piece to your desired look/measurements and wet it. Once the wool has dried, it will stay in the shape you put it in.

Untreated or non-superwash wool will felt under the right circumstances. With moisture, heat and agitation, the scales on the individual fibres will lock together like Velcro and the fabric will shrink and stiffen up. This can be done intentionally, but it can also happen accidentally.

Silk is grown by moths. Certain types of moth create a cocoon out of silk during the transition from caterpillar to moth, and it is harvested during that transition. Most of the silk harvesting processes kill the animal. Silk as a textile is known for its drape and shine. Many silk yarns are spun as singles to elevate those properties. Working with pure silk can be challenging, as it is rather slippery. It is regularly used in lace.

Alpaca and other camelids are grown by alpacas, llamas and even camels. The fibre is similar to wool, but heavier and a lot warmer. It’s prone to felting and it has a lot of drape. Alpaca also has a tendency to stretch vertically, so a sweater may become a dress if you’re not careful. This can be avoided by using blends or using a tighter gauge.

Animal fibres are also called protein fibres, often in a dyeing context. To dye them with artificial dyes, you need acid dyes.

The most popular plant fibre is undoubtedly cotton. Cotton is good at keeping you cool and it absorbs liquids easily. It can take a while for it to dry. It’s very versatile and easy to wash. It’s often used for crochet. It’s important to note that cotton does not have the same elasticity or memory that wool has.

Linen is another popular plant fibre. It’s usually lighter than cotton and does a wonderful job of keeping you cool, which is why it’s often used for summer garments. Linen can be a bit stiff and rough while working with it, but it softens with washing and wear. Linen yarns are most often on the thinner side and do not have great stitch definition.

The last category are man-made fibres. These are created with complicated chemical processes and do not occur naturally in nature. Broadly speaking, there are two types of man-made fibre: plastics and viscose.

Plastics, such as polyester, nylon and lycra are made from oil. They behave like other types of plastic: they do not breathe and they will melt under high temperatures. They are very easy to wash and care for and therefore often used for blankets and gift items. Plastics do not have memory, but they can be blocked. This is not done with water, but by “killing” it: lightly steaming it to melt the fibres into place. While wool can be washed and blocked again, “killing” is a permanent thing. Plastics are not usually made from renewable resources and can shed microplastics, making it not good for the environment. They are also not biodegradable, whereas animal and plant fibres are.

Viscose fibres are made from plant resources, but made into spinnable fibres through complicated chemical processes. There are many different types of viscose which all have different names, but the basics are similar. Viscose was created as an alternative to silk, and the properties are very similar. They have great shine and drape. While they are biodegradable, the chemicals used to produce them aren’t great for the environment.

Simply put, yarn is made when twist is added to fibres and a thread is created. If there is only one strand, we call it a single. If there are multiple singles twisted together, we call this a plied yarn. Yarn can come with only one ply or with many plies, but what does it matter?

A single, a yarn with only one ply, is often spun with minimal twist. Because there is no plying to balance out the twist, it only runs in one direction, which can cause your finished project to bias. To prevent this, most yarns are spun with the least amount of twist possible. This does affect the strength of the yarn: singles are not the most hard-wearing. Most people reserve them for shawls and other accessories that do not get much strain.

If you ply two singles together, you create a two-ply yarn. The twist is balanced and the finished yarn resembles a spiral. This isn’t great for stitch definition, but in lace, it really opens up the yarn overs. A two-ply yarn is stronger than a single, but weaker than a yarn with less plies. Depending on the fibre content, you may or may not want to use this for sweaters. You will need a very strong fibre to use a two-ply yarn for socks.

There are many other types of yarn construction, such as a bouclé or a blown yarn, but those are not used as often. To keep this blog post as clear as possible, we have chosen to omit them.

Another aspect of yarn construction is the way in which the fibres were prepared for spinning and were spun. In commercial production, there are generally two options: worsted and woollen.

For a worsted style yarn, the fibres are combed to be parallel. During spinning, they are spun with what’s called a short draw, which creates a smooth and consistent yarn. Worsted style yarns have good stitch definition and drape, but they can be heavier and less warm than woollen style yarns.

For a woollen style yarn, the fibres are first carded. This jumbles them up and causes them to point in all directions, trapping a lot of air. It’s then spun with a long draw, which makes for a less consistent, but airier yarn. Woollen style yarns have less good stitch definition and they have a tendency to stick together, making a very stable fabric. They are warmer and lighter than worsted style yarns. They also often have more metres per 100 grams than worsted style yarns.

If you want to know more about the basics or if you have questions or you want to add something, just write down your comments. 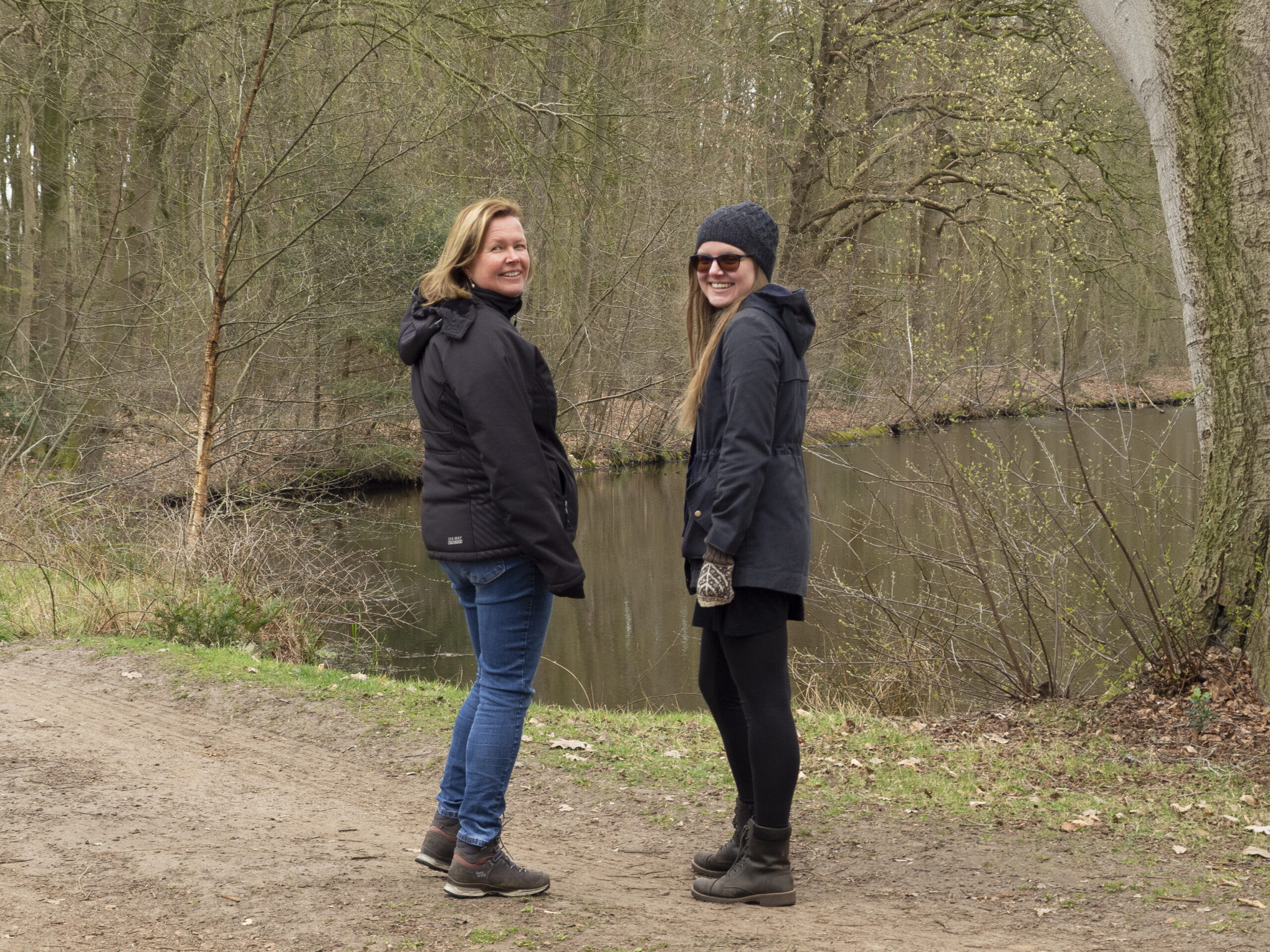 Not a standing, but a walking start 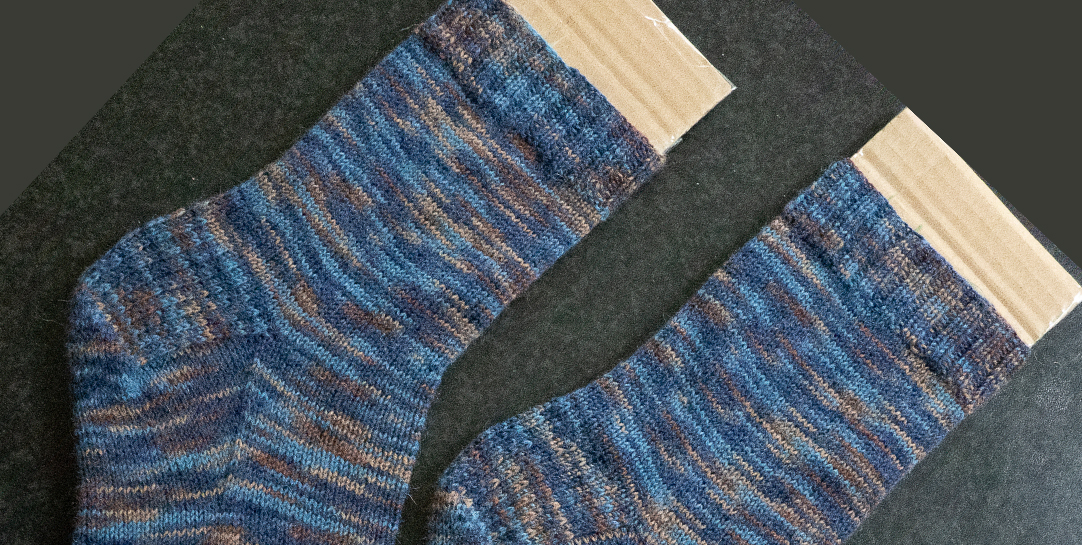 Make your own sock blockers out of cardboard